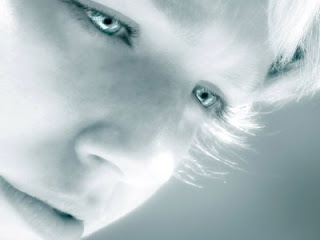 It has happened again - someone has commented that I must have an 'old soul' to continue believing when everything is marching onwards towards a 'new secular reality'. In this instance it was my new venture to study for a DPhil Theology that brought about the remark.

What does it mean to have an 'old soul'? I have heard the expression many times but never really understood it. Perhaps people are referring to traditional religious beliefs. In this context I could identify myself and many of the people I love best as 'old souls'.  I have sometimes lovingly thought of people with more conservative views and preferences in Catholic liturgy as 'old souls', perhaps because many of them are young, similar in age to myself.
I was thinking about the Tridentine rite the other day, as you do. I had been listening in on a conversation at school. Someone dismissed the Latin mass as 'holy mumbo jumbo', and then later as debate hotted up as 'dangerous goobledegook.' I do not like stepping into these debates about preferences or 'tastes' in liturgy; I am not qualified, and anyway I feel comfortable in most settings be they charismatic, evangelical, traditional or tridentine. Putting aside my conviction that a mass faithfully celebrated cannot be regarded as either 'holy mumbo jumbo' or 'gobbledegook' without causing grave offense, such strong opinions as these often strike me as divisive.
I am not able to appreciate the Latin mass in its fullness because I lack the education. Latin was never taught at school, it was not part of my religious upbringing and I did not choose to study it at university. Therefore, for me, going to a Latin mass is a bit like watching a film that I know very well dubbed in a foreign language. I can only be moved by it if I can remember the lines. Some parts seem unfamiliar or new, some I have forgotten, and some parts I would recognize no matter what language was spoken. They say that boredom is a lack of imagination, but sometimes it is also a need for education. It is quite likely that, were I to attend a long Latin mass, I would be bored; not because I lack the imagination to enter into the sacred mysteries, but because I lack the education to understand how they are being reflected upon.
With all of this in mind, I think I will learn Latin this year, and then when someone calls me an 'old soul' again I will be able to give them another reason for doing so.
Posted by Cloister