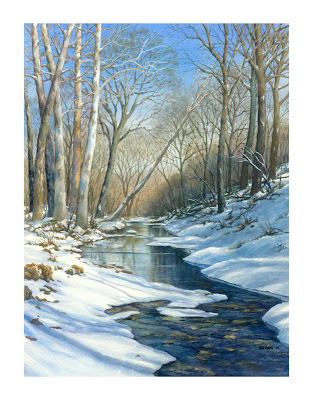 In my parents garden the birds are feeding, the snowdrops are out, the sun is shining, but the trees are still bare, lagging behind in the depths of winter. This can only mean one thing: Lent is upon us. But today, I am going back to the city for the first time in a few months, and although Oxford is full of parks and meadows in which to spy the seasons, there is also always, for me anyway, a sense of detachment there. It is harder to spot the subtle signs of change amongst cold stone buildings.

Here in the city
where impassive pavements
light no signals for seasons,
fingers of woodland
point to the river 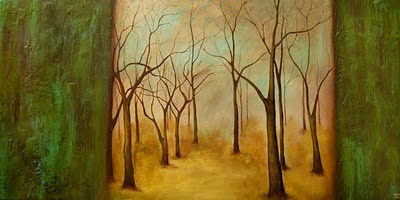 Lent is a tree without blossom, without leaf,
Barer than blackthorn in its winter sleep,
Al unadorned. Unlike Christmas which decrees
The setting up, the dressing up of trees,
Lent is a taking down, a stripping bare,
A starkness after all has been withdrawn
Of surplus and superfluous,
leaving no hiding place, only an emptiness
Between black branches, a most precious space
before the leaf, before the time of flowers;
Lest we should only see the leaf, the flower,
Lest we should miss the stars.
Jean M. Watt 20th Century
Posted by Cloister No comments:

Email ThisBlogThis!Share to TwitterShare to FacebookShare to Pinterest
Labels: Books 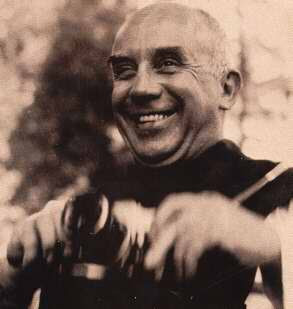 "Karl Barth had a dream about Mozart.
Barth had always been piqued by the Catholicism of Mozart, and by Mozart's rejection of Protestantism. For Mozart said that "Protestantism is all in the head" and that "Protestants did not know the meaning of the Agus Dei qui tollis peccata mundi.'
Barth, in his dream, was appointed to examine Mozart in theology. He wanted to make the examination as favourable as possible, and in his questions he alluded pointedly Mozart's masses.
But Mozart did not answer a word.
I was deeply moved by Barth's account of this dream and wanted to write him a letter about it. The dream concerns his salvation, and Barth perhaps is striving to admit that he will be saved more by the Mozart in himself than by his theology.
Each day, for years, Barth played Mozart every morning before going to work on his dogma: unconsciously seeking to awaken perhaps, the hidden sophianic Mozart in himself, the central wisdom that comes in tune with the divine and cosmic music and is saved by love, yes, even by eros. While the other, theological self, seemingly more concerned with love, grasps a more stern, more cerebral agape: a love that, after all, is not in our own heart but only in God and revealed only to our head.
Barth says, also significantly, that "it is a child, even a "divine" child who speaks in Mozart's music to us." Some, he says, considered Mozart always a child in practical affairs (but Burckhardt "earnestly took exception" to this view). At the same time, Mozart the child prodigy, "was never allowed to be a child in then literal meaning of that word." He gave his first concert at the age of six.
Yet he was always a child "in the higher meaning of that word."
Fear not, Karl Barth! Trust in the divine mercy. Though you have grown up to become a theologian, Christ remains a child in you. Your books (and mine) matter less than we might think! There is in us a Mozart who will be our salvation.
Conjectures of a guilty bystander
Thomas Merton
This opening to Thomas Merton's book fascinates me. Who does it tell me more about? Barth? Mozart or Merton. Methinks Merton gives away more of himself in this passage than he tells of Barth or Mozart.
Posted by Cloister No comments: