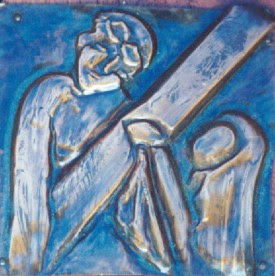 He had no form or comeliness that we should look at him, and no beauty that we should desire him. He was despised and rejected by men; a man of sorrows, and acquainted with grief; and as one from whom men hide their faces he was despised, and we esteemed him not.
Isaiah. 53:2-3

You have said, “Seek my face”. My heart says to you, “Your face, Lord, do I seek”. Hide not your face from me. Turn not your servant away in anger, you who have been my help. Cast me not off, forsake me not, O God of my salvation.
Psalms. 27:8-9

Email ThisBlogThis!Share to TwitterShare to FacebookShare to Pinterest
Labels: Sixth, Stations of the Cross 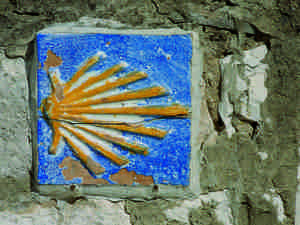 My most sweet Jesus, I will not refuse the Cross, as the Cyrenian did; I accept it; I embrace it. I accept in particular the death you have destined for me; with all the pains that may accompany it; I unite it to your death, I offer it to you. You have died for love of me; I will die for love of you, and to please you. Help me by your grace. I love you, Jesus my love; I repent of having offended you. Never permit me to offend you again. Grant that I may love you always; and then do with me what you will.

Our Father, Hail Mary, Glory be to the Father, etc.
Posted by Cloister No comments:

St. Alphonsus Ligouri reflects that Simon of Cyrene did not want to carry the cross, he could not accept it. This is a view point with which I have much sympathy. Who would want to go to Golgotha? Who would want Jesus to do that on their behalf? For many, such a sacrifice is unimaginable.

Crucifixion reveals every bad side of human nature, useless abuse, power games, torture, politics designed to damage, self interest, naivety, pride, betrayal, cowardice and rejection. If all this was for the sake of Good Friday only, then it is truly a depressing sight. To join in could only be masochistically pleasurable in a passion of self loathing. It makes no sense.

Mel Gibson in The Passion of the Christ portrays one of the most challenging and disturbing accounts of the crucifixion in modern times, one which re evaluates the sheer brutality of an event which the first Christians would have recognized instantly. In his account he chooses not to show any great detail about the Resurrection, leaving the viewer with a sense of wonder about the point of all the violence they have just seen. In the context of modern living this seems to make some kind of sense. We are constantly hearing the media bewail the rise of senseless violence in film, video games and entertainment. This is a film which leaves senseless violence to be wondered about; and it only hints at the Resurrection which gives the Crucifixion a sense and purpose.

For me, part of the journey of conversion has been accepting the cross. I could recognise that Jesus had lived, taught excellent things and eventually been killed on the cross. Learning from his teaching in the Gospels occupied my time during my first degree. What was very puzzling though was what people expected me to make of Jesus' death. Why on earth would I want, even if it were possible, to transfer my guilt - my problem, if you like - to someone else.

The most tempting rejection of Christ’s sacrifice on the cross, for a modern Christian, is to reject his punishment for my sin. We do not want to accept that the crucifixion is personal. In a society that is forever reflecting on culpability (the buck stops here), people are beginning to accept responsibility for their actions all the time. Up to and including their sinful actions before God. If I am to be responsible for all my moral actions and decisions, then I will take the reward when I am right, and the punishment when I am wrong. Why would I let Jesus take the rap? This pervasive sense of individualism takes personal possession to destructive level. It traps people into self condemnation, and does not allow them to find forgiveness.

Peter, of course, had the same problem. He couldn't accept Jesus' idea of Messiahship either. At Ceasarea Phillipi he wanted to stop Christ, to explain to him that he wouldn't have to die. Jesus' response contains the harshest words he ever expresses to one of his disciples: 'Get behind me, Satan. Your thoughts do not come from God, but from human nature' (Mark 8:33). It is only through the resurrection and we are able to face the horrors of Good Friday. In the same way, it is only through our faith in forgiveness given by the Crucified and Risen Christ that we are able to face and overcome sin, in our own lives and in the world. No wonder Simon was so perplexed and reluctant, for him the resurrection was not yet apparent.

Simon is enlisted to help Jesus carry his cross - he was just a passer by, minding his own business and yet he was to meet, quite suddenly, with Christ.

I am quite sure that there are a thousand reflections written about Simon stopping on the road that day, but what strikes me most about this story is how we meet the sacred through our human necessity.

On pilgrimage there is often an element of hardship through which people have to travel. On the road to Santiago de Compostela many pilgrims come face to face with their ordinary human needs:

Clare described the austerity of the lodging houses along the way: a room with twenty bunk beds, one toilet and only cold water to wash in. Local volunteers would come and provide hot food from one big pot for the weary travellers. But the exhuasted pilgrims, the delight of finding a bed to lie in, water in which to wash and a meal to eat made this basic accommodation a joy to arrive at. Clare described how a sense of the holiness of things was greatly intensified by the state of necessity - by the awareness of one's need for food, water, sleep and the companionship of one's fellow pilgrims.

But, what can this say to us about Simon. A man who's physical needs and sufferings pale in comparison to the journey Jesus is taking on his way to Gologtha?

The modern journey to Lourdes could not be more different from that to Santiago. Trains, coaches and planes transport people rapidly to hotels of every standard, according to the pilgrims ability and willingness to pay. Yet if we ask who are the people who travel to Lourdes, the question of speed and comfort takes on a somewhat different aspect. For many of the pilgrims are very ill or handicapped and may have been advised by doctors not to travel at all. For them the journey to Lourdes is every bit as physically tough as that of the health pilgrim on the road to Santiago de Compostela. Moreover, many of the pilgrims are people whose lives are already dominated by physical necessity: they need help with the most basic tasks, such as getting dressed or going to the toilet, whilst other have life threatening illnesses. The able bodied people who go to Lourdes to help those who are sick and handicapped often describe their own experience of the pilgrimage as one of totally exhausting hard work but, at the same time, as an occasion of enormous grace and joy. Pilgrims of all kinds typically say that Lourdes is an exceptionally holy place where they find peace and know the presence of God.

Simon was dragged off the street to help someone he had never met with their heavy burden. It was an uncomfortable and even painful job, he may even have been threatened while he was doing it, but while he was walking he met with God. In one sense Jesus needed Simon to help him, in another it was Simon who needed Christ. Sometimes people are tempted to hide their needs, but in the story of pilgrimage, and in reflecting on the Way of the Cross, it becomes clear that it is through admitting our basic necessities, in asking for help when we need it, we not only recieve, but are enabled to help others. This is part of our humanity, but it is also part of our sacredness as persons 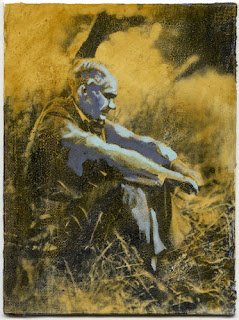 They led him out to crucify him. They enlisted a passer by, Simon of Cyrene, father of Alexander and Rufus, who was coming in from the country, to carry his cross.
Mark 15:21 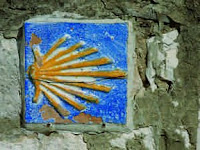 My most loving Jesus, by the pain You suffered in this meeting grant me the grace of being truly devoted to Your most holy Mother. And You, my Queen, who was overwhelmed with sorrow, obtain for me by Your prayers a tender and a lasting remembrance of the passion of Your divine Son. I love You, Jesus, my Love, above all things. I repent of ever having offended You. Never allow me to offend You again. Grant that I may love You always; and then do with me as You will.

Our Father, Hail Mary, Glory be.

Is there one who would not weep,
'whelmed in miseries so deep
Christ's dear Mother to behold.